The FA Cup is the world’s oldest football tournament and is still regarded by many as the best domestic cup competition on the planet. One of the greatest sights to see in the FA Cup is a giant-killing, when a smaller team triumphs against one of the best sides in the county. Ahead of this weekend’s third round, where the likes of Rochdale, Port Vale and Flyde will be looking to write their names into folklore, we’ve taken a look at some of the biggest FA Cup upsets of all time. 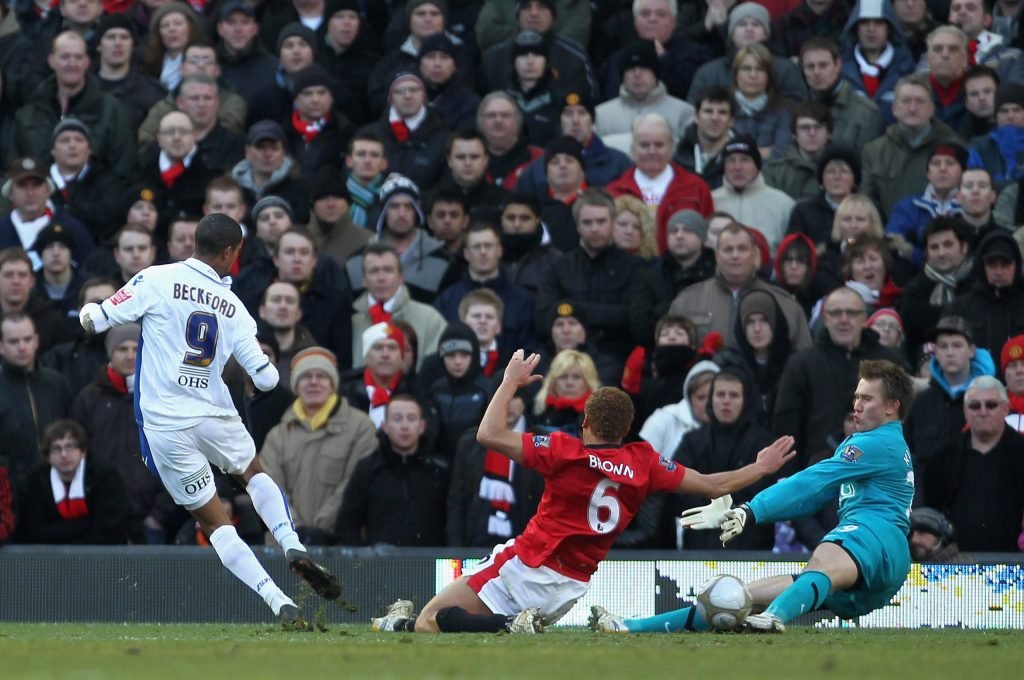 Jermaine Beckford’s goal gave then League One side Leeds United a famous FA Cup win over Manchester United at Old Trafford. The loss was the first time that United had been knocked out in the third round under the management of Sir Alex Ferguson, and the first time that the Scot had seen his side eliminated by a lower division side too. 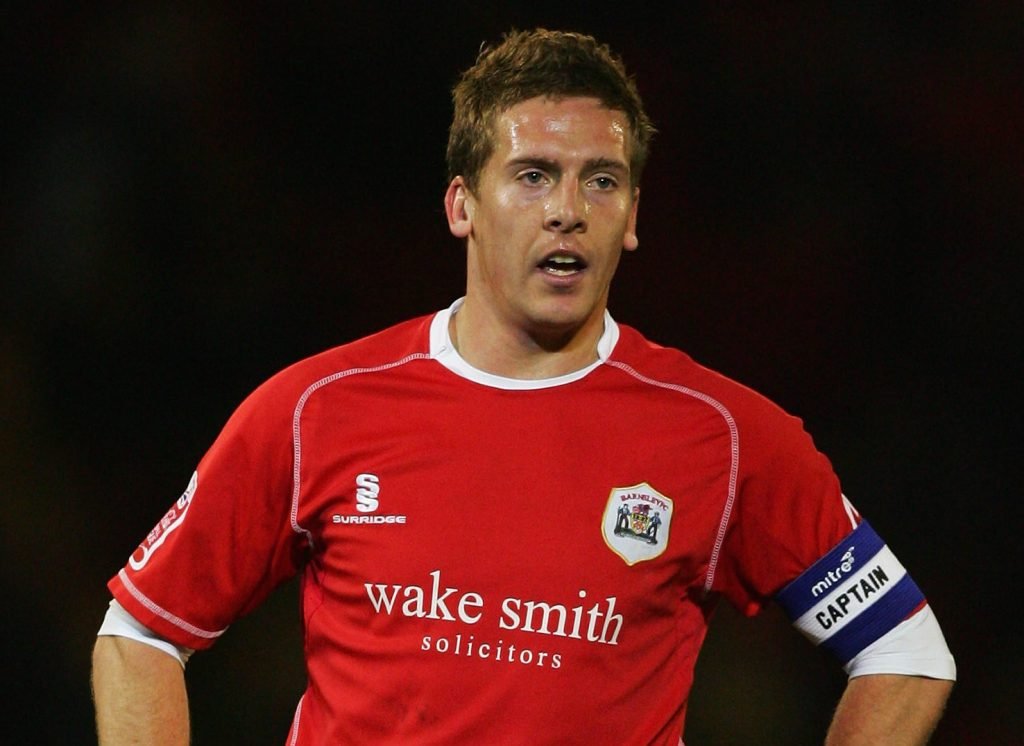 Barnsley consigned Liverpool to a shock FA Cup exit at Anfield back in 2008. Dirk Kuyt gave the home side a lead but Stephen Foster headed home Martin Devaney’s cross to level the tie. Barnsley goalkeeper Luke Steele played out of his skin to keep the Reds at bay before Brian Howard netted a quite remarkable injury-time winner for the visitors, leaving the home fans sat in stunned silence. 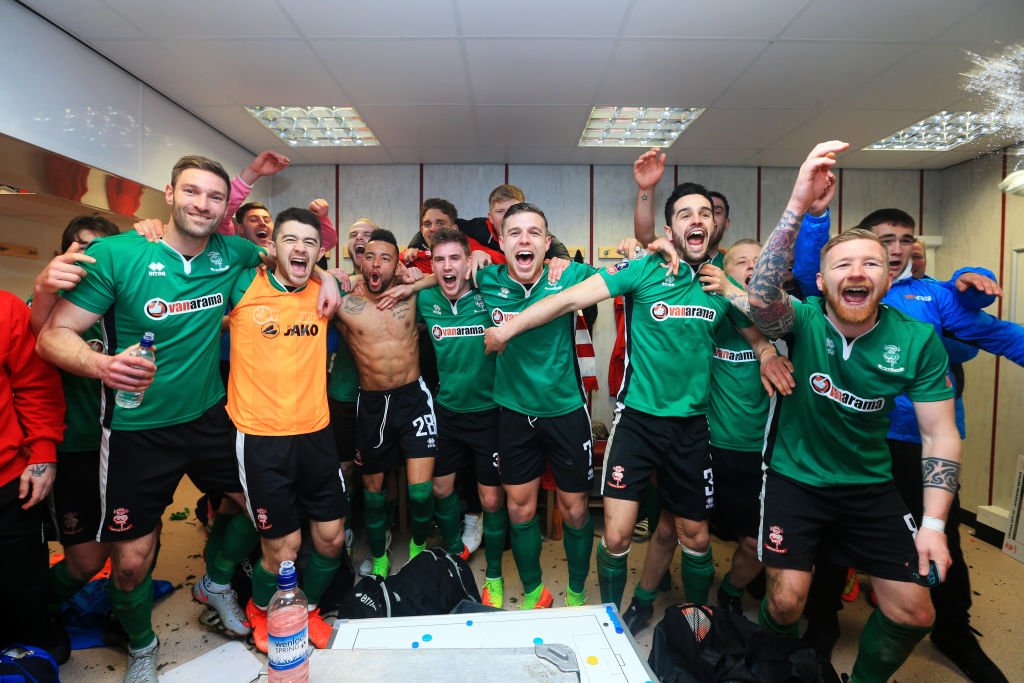 National League side Lincoln City became the first non-league side to reach the quarter-finals of the FA Cup since 1914 by defeating Burnley at Turf Moor. Sean Raggett was the Imps’ hero as his late header stunned the top-flight side in front of their own supporters. 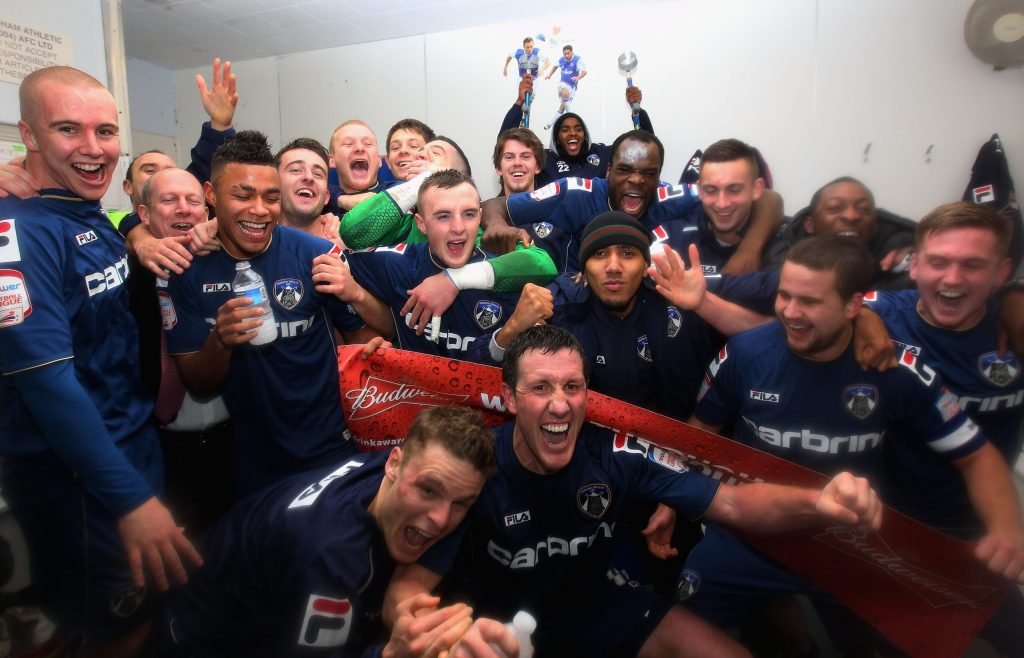 A 3-2 loss at Oldham in 2013 with a team featuring the likes of Raheem Sterling, Steven Gerrard and Luis Suarez for Liverpool has to be up there with the biggest upsets. Possibly one of Oldham’s greatest FA Cup moments, as they completed a giant-killing whilst scrapping to avoid relegation to League Two. They came out in excellent form and deserved their place in the next round. 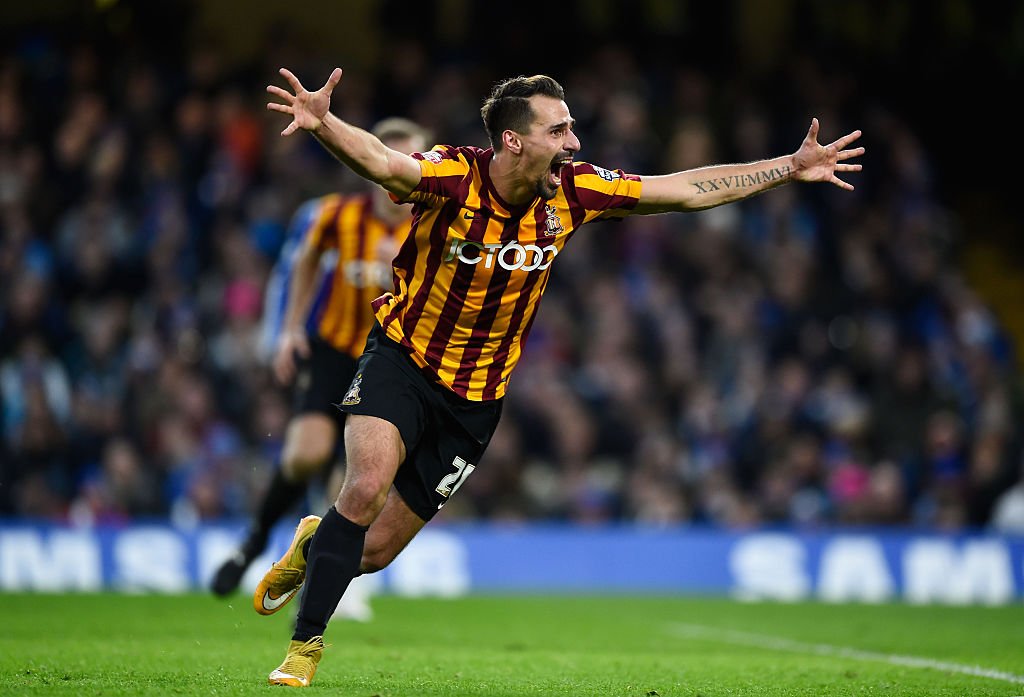 Gary Cahill and Ramires had the Premier League leaders 2-0 up in 2015 but League One outfit Bradford stunned their hosts with goals from Jon Stead, Filipe Morais, Andy Halliday and Mark Yeates earning them a place in the last 16. 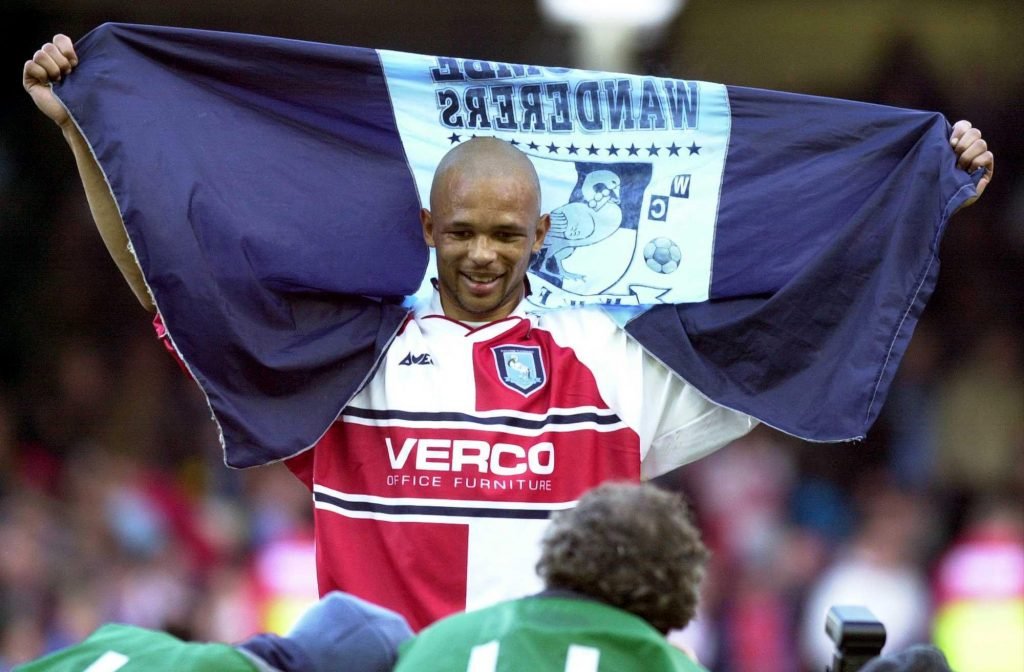 One of the most remarkable FA Cup stories ever is that of Roy Essandoh. Wycombe were so short of attackers that they posted an advert on Ceefax asking for any strikers to come to the club for a trial. Essandoh answered the call and was given a rolling contract. In an astonishing turn of events, the striker came off the bench and scored a 90th-minute goal against Leicester to put his side in the semi-final of the FA Cup. 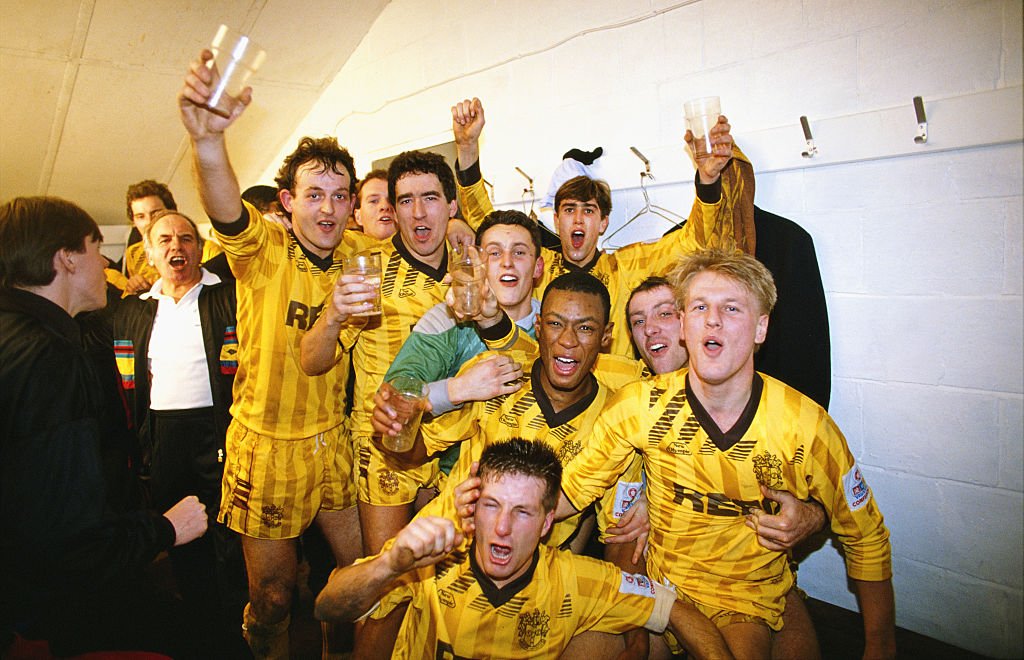 Just 18 months on from winning the FA Cup, Coventry City were knocked out by non-league Sutton United. Goals from Tony Rains and Matthew Hanlan knocked Coventry out. That remained the only occasion where a non-league side defeated a top-flight side for 24 years, until… 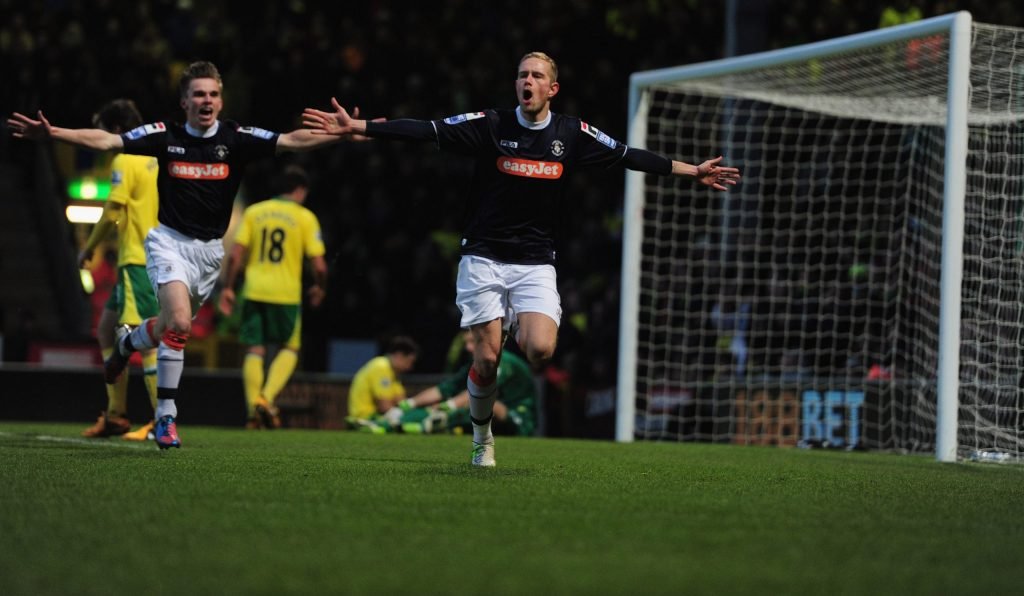 Substitute Scott Rendell scored six minutes after coming off the bench to give Conference side Luton a 1-0 win over Norwich. The Canaries became the first Premier League side to be knocked out of the FA Cup by a non-league side. 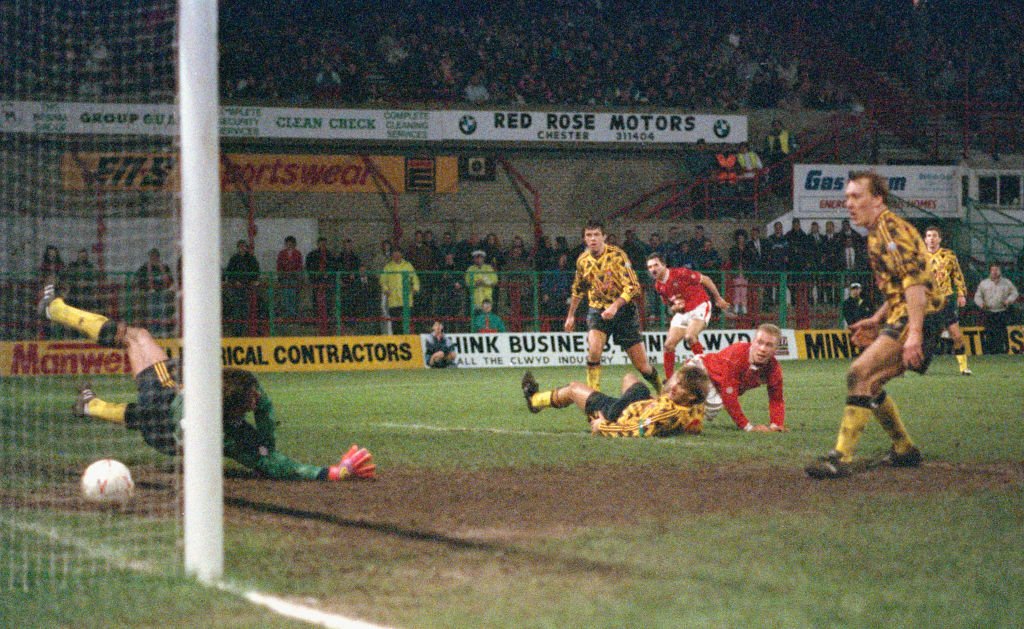 Arsenal were the reigning First Division champions in 1992 and were expected to easily dispatch Third Division Wrexham and things were going as planned when Alan Smith put the visitors 1-0 up. However, a great Mickey Thomas free-kick drew the Welsh side level, before Steve Watkin’s famous goal knocked Arsenal out. 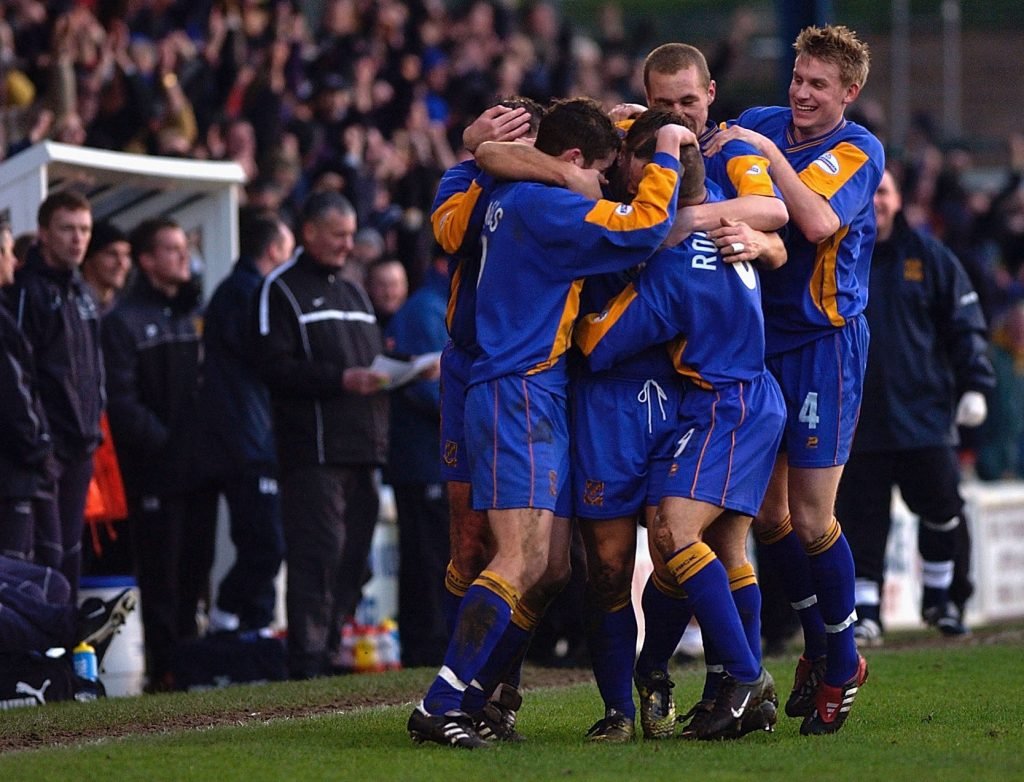 Shrewsbury manager Kevin Ratcliffe was overjoyed as his side knocked out the club where he’d been so successful as a player. Nigel Jemson put the home side in front at Gay Meadow, but substitute Niclas Alexandersson looked to have saved Everton’s blushes. However, Jemson headed home with just two minutes left on the clock to give the Third Division side a famous victory. 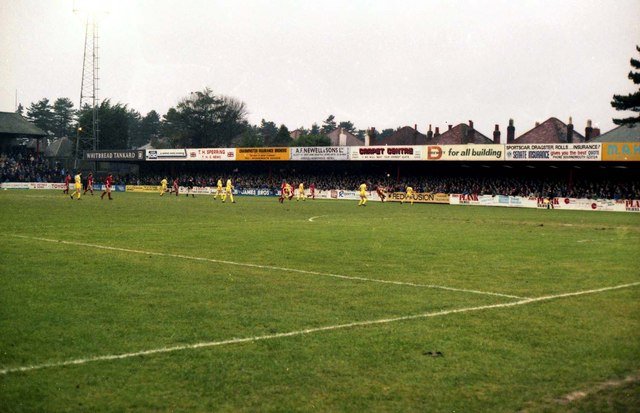 Third Division Bournemouth, managed by a young Harry Redknapp, pulled off a famous 2-0 victory over Manchester United back in 1984. Goals from Milton Graham and Ian Thompson were enough to win the tie for the Cherries. After the game, Redknapp said: “It’s got to be the greatest day of my life, and I’m sure it’s the greatest day of all the players’ lives.”. 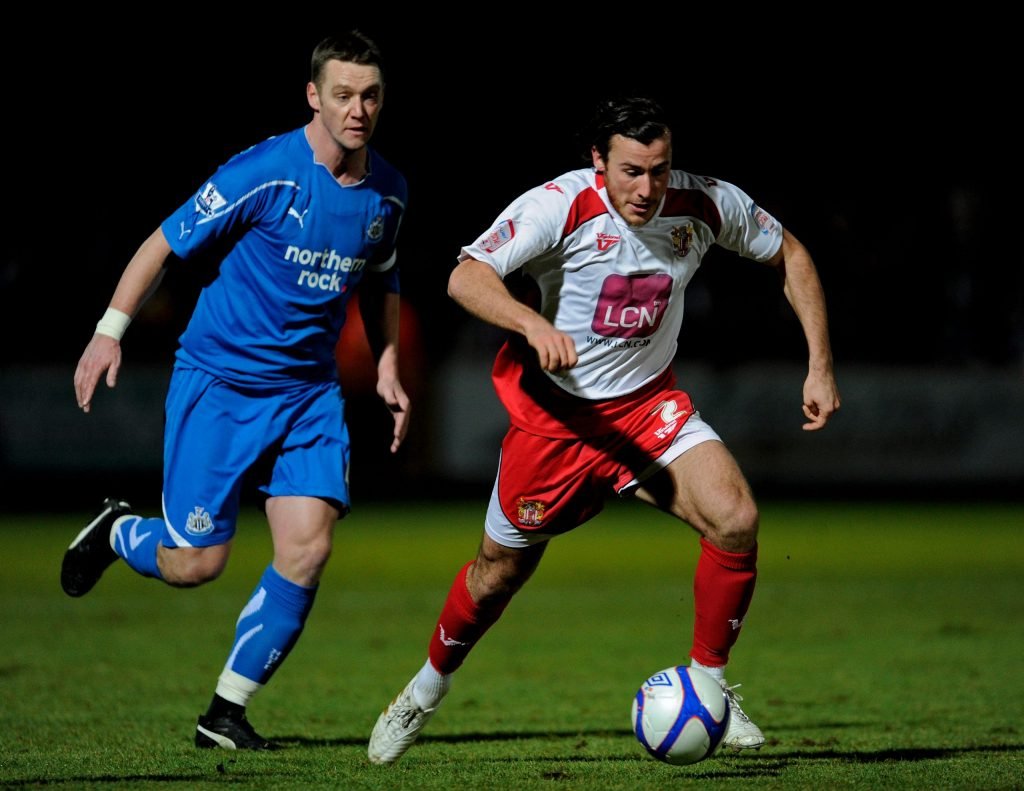 League Two side Stevenage were enjoying their first season back in the Football League when they were drawn against Newcastle in the third round. Goals from Stacey Long, Michael Bostwick and Peter Winn gave the home side a much-deserved win, knocking out Alan Pardew’s men. 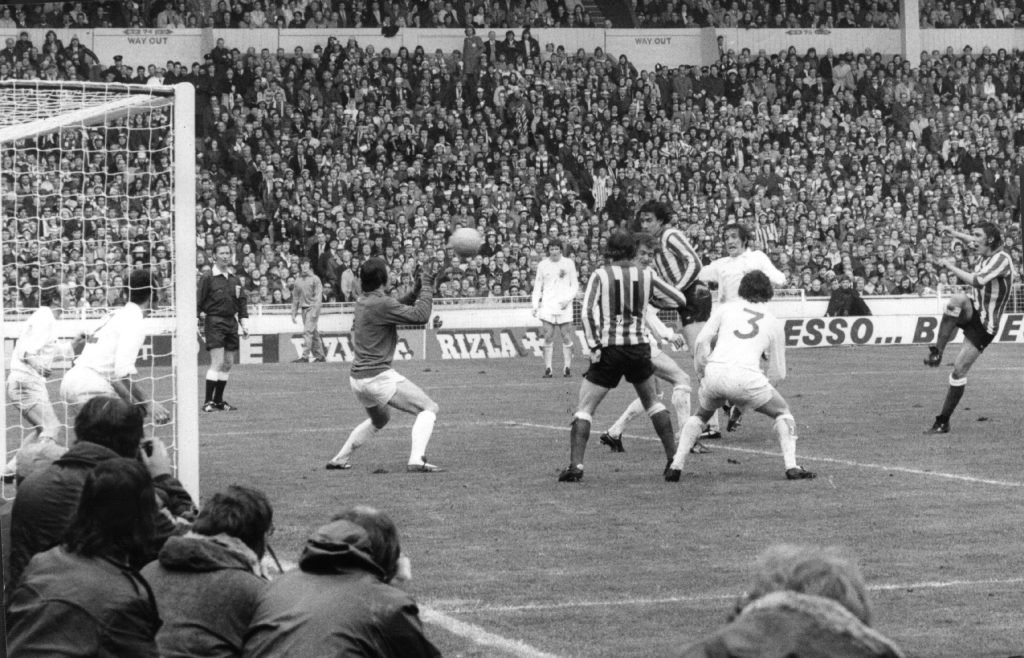 In one of the biggest FA Cup shocks in the history of the famous competition, Sunderland beat Leeds 1–0 in the final to become the first Second Division side to lift the Cup since West Brom back in 1931. Leeds had no reply to Ian Porterfield’s first half-goal, and as such, the famous trophy went to the North East. 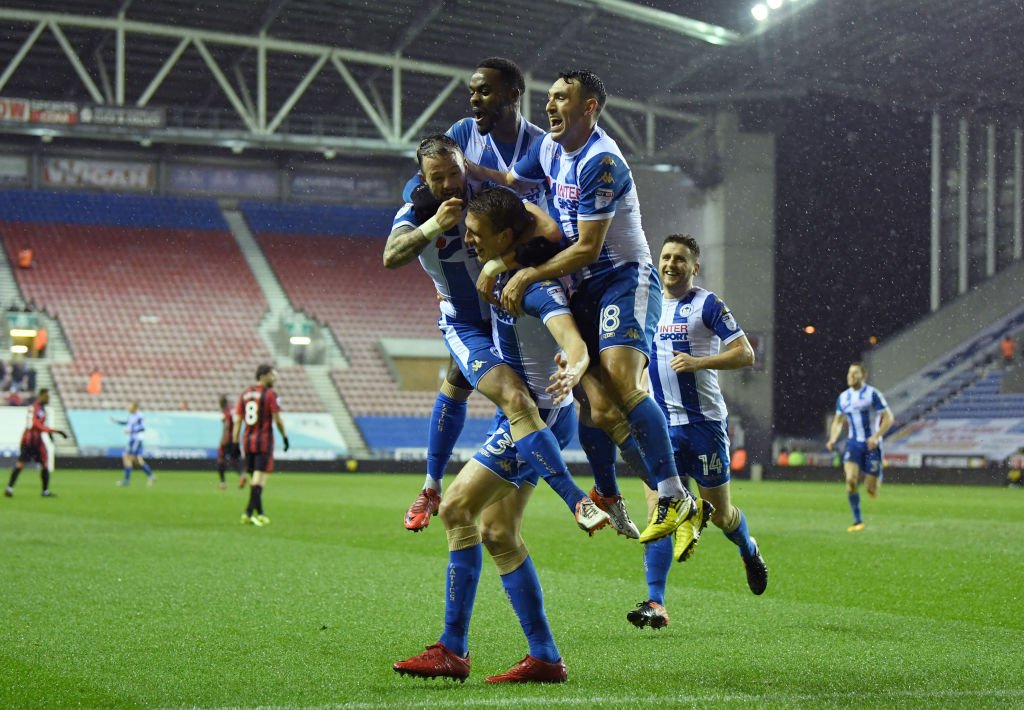 League One Wigan almost knocked Bournemouth out of the FA Cup in the first meeting between the two sides, but an injury-time goal from Steve Cook earned the Cherries a replay. In that replay, Wigan dominated Bournemouth and deserved their 3-0 home win. 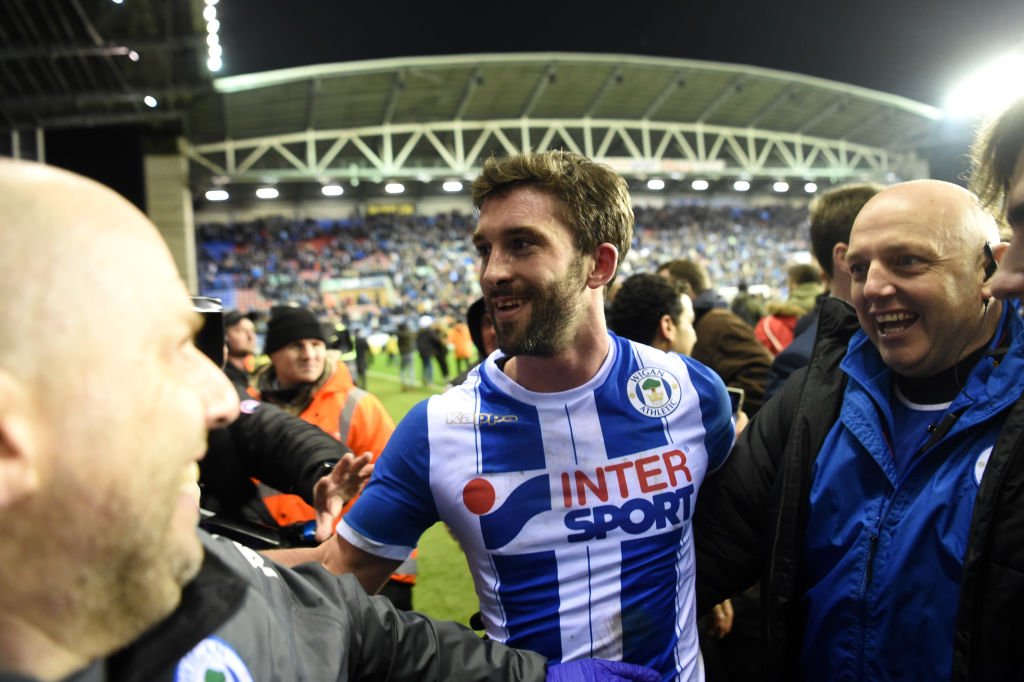 Five years on from Wigan’s famous FA Cup final win over Manchester City, the Latics pulled off a similar result at home. Wigan had been relegated twice since that final, whereas Man City had gone on to become one of Europe’s most feared sides. The playing field was levelled when Fabian Delph was sent off, and Wigan capitalised with their man advantage as Will Grigg slotted home in the 79th minute. City tried everything to grab an equaliser but were unable to find a way past Christian Walton in the Wigan goal. 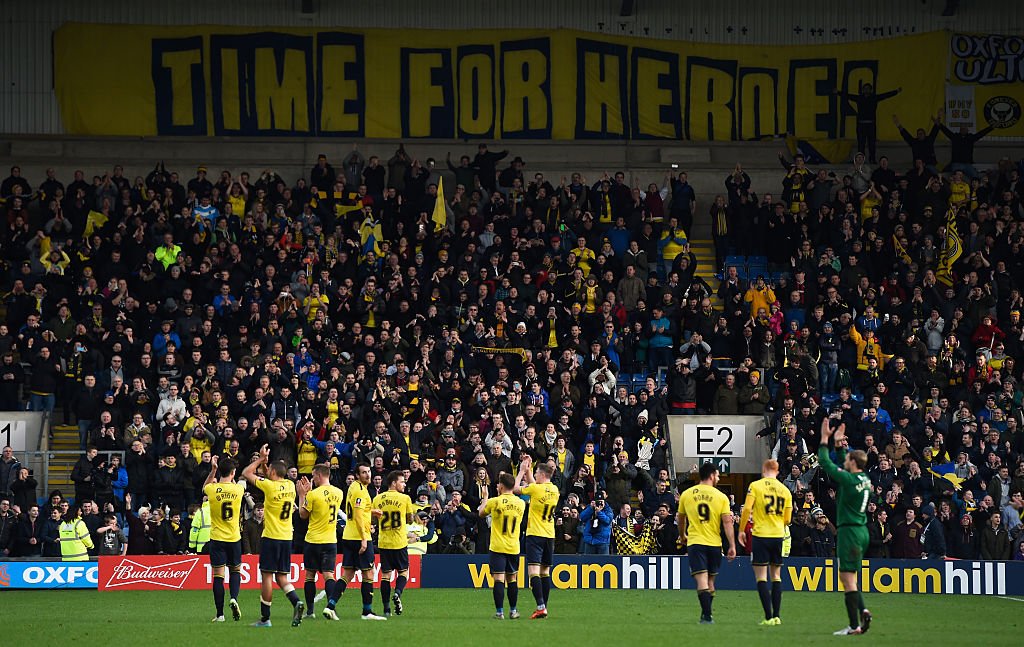 League Two side Oxford United knocked Premier League Swansea out of the FA Cup, coming from 1-0 down in the process. Jefferson Montero put the Swans ahead, but Liam Sercombe’s penalty and a brace from Kemar Roofe sent the home fans into bedlam. Bafetimbi Gomis’ strike gave the Swans a lifeline but they couldn’t find an equaliser and as such, they were dumped out the cup. 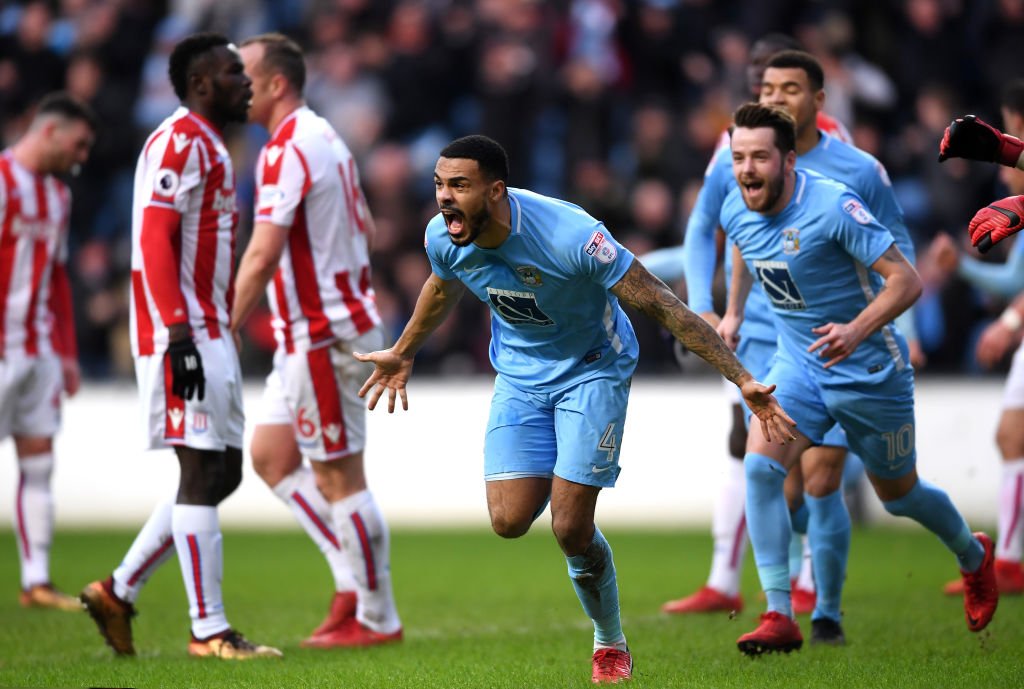 In the 1990s, a Coventry win over Stoke would not be deemed to be a big deal, but it was in 2018. Coventry were a League Two side after a huge fall from grace had seen them relegated to the fourth tier but they were able to defeat Premier League Stoke City 2-1, with Jack Grimmer scoring the winning goal for the Sky Blues. 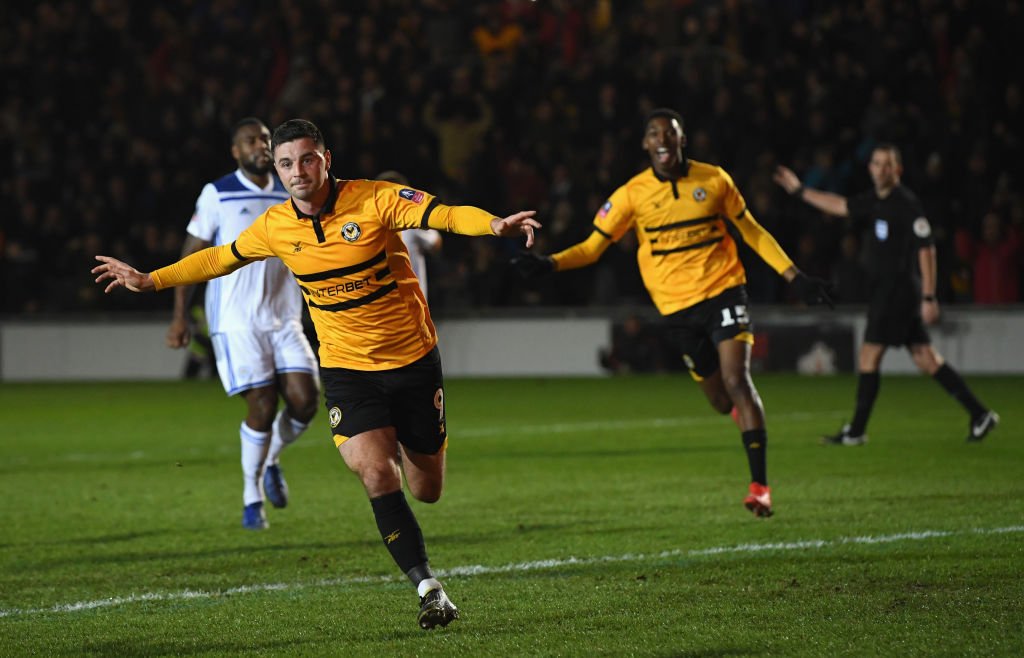 League Two side Newport County pulled off a huge upset last year as they defeated Leicester 2-1 at home. County went 1-0 up inside ten minutes thanks to Jamille Matt’s header and looked set to hold on for a win but Rachid Ghezzai got the Foxes level with around eight minutes to go. The drama didn’t end there though as Marc Albrighton’s handball gave the home side a penalty kick. Padraig Amond stepped up to slot the penalty away, sending Rodney Parade into a frenzy and sending Leicester crashing out of the cup. 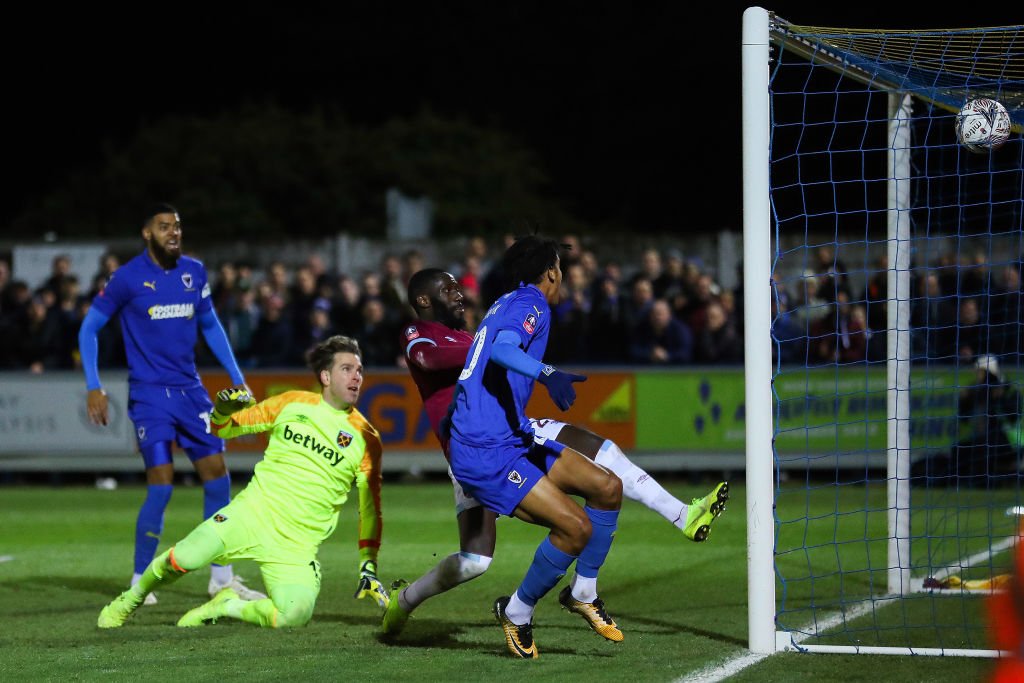 League One side AFC Wimbledon put West Ham to the Sword in the fourth round last year. The home side went 3-0 up inside 46 minutes, but West Ham came back with two goals of their own. A tense finish was on the cards before Toby Sibbick’s 88th minute goal booked AFC Wimbledon a place in the fifth round. 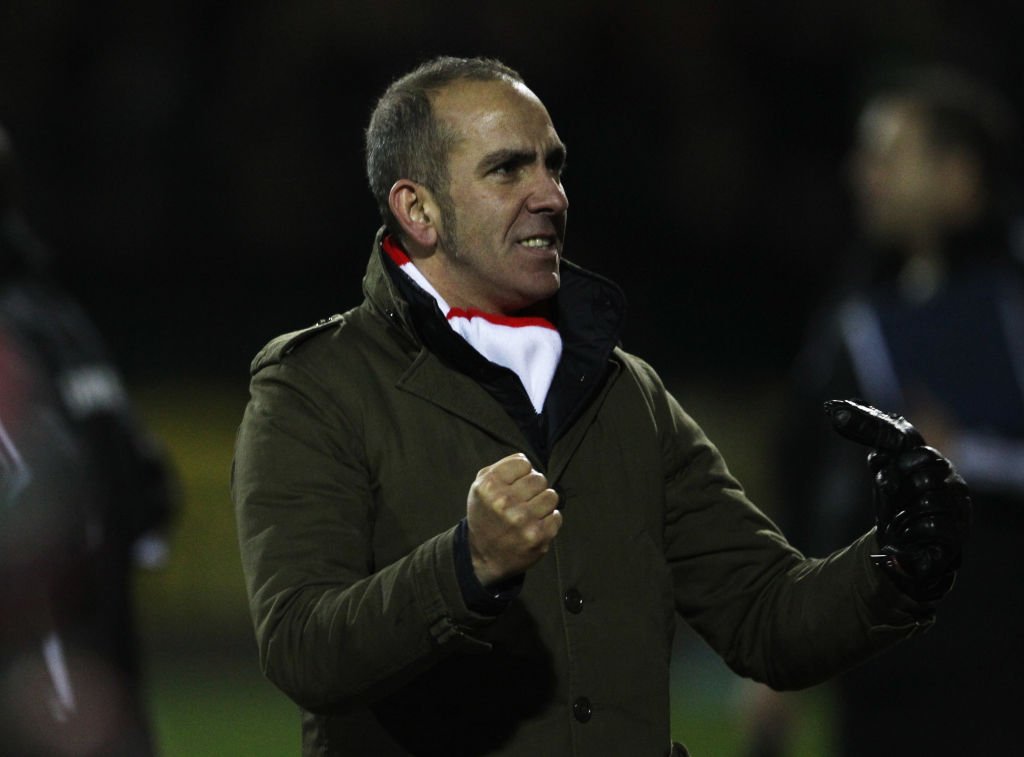 League Two Swindon Town dumped Wigan out of the FA Cup in 2012, meaning they reached the fourth round for the first time since 1996. Paolo Di Canio’s side fell 1-0 down when Callum McManaman opened the scoring for Wigan, but a goal from Alan Connell soon had them level. The home side then got a bit of luck as Matt Ritchie’s shot took a huge deflection off his teammate Paul Benson to beat Ali Al Habsi. That goal sent Swindon through and sent Premier League Wigan out of the competition. 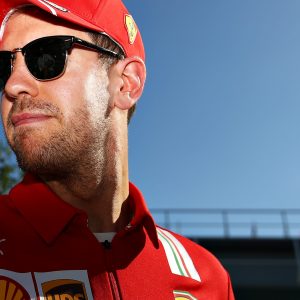 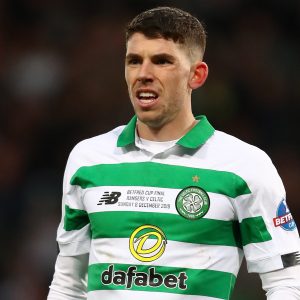 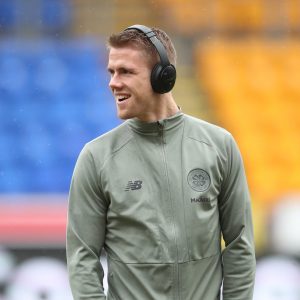 Gnagnon could be an excellent Ajer replacement 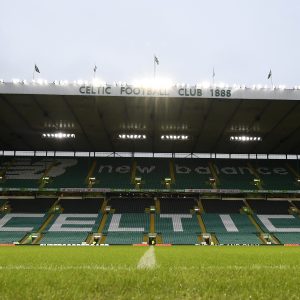 A look at how Klimala’s Celtic career could pan out 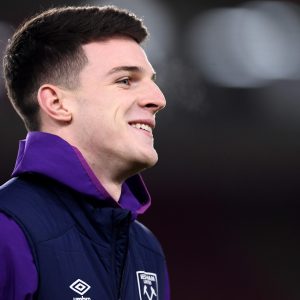 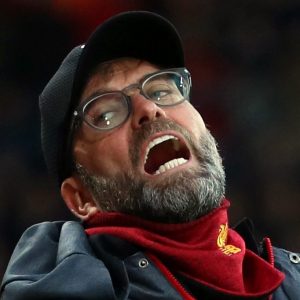 Journalist reveals impact voiding Premier League could have on Liverpool