BT Sport pundit Chris Sutton has taken aim at Newcastle United midfiedler Miguel Almiron and blasted him for his “dives” this season.

Sutton has ripped into the Paraguay international, saying that he has “more dives than goals this season” following his latest booking for simulation.

Almiron was sent off for Paraguay as he was given a second yellow card, for diving, in their match last week.

Should Almiron lose his place in Newcastle’s team? 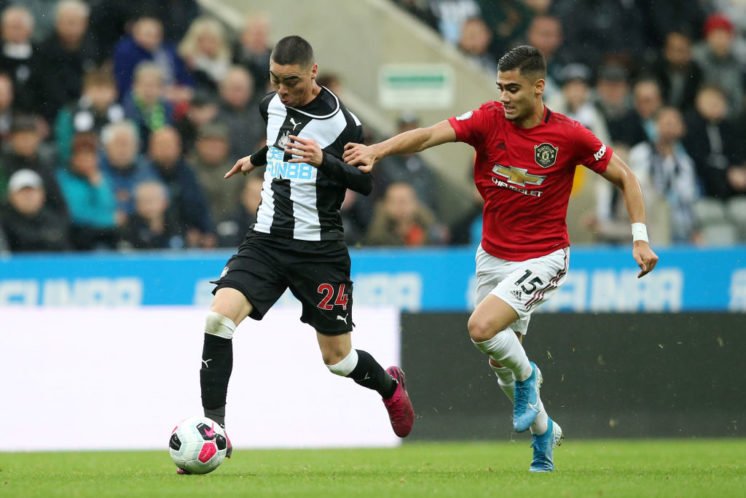 Yes. The likes of Christian Atsu and Yoshi Muto on the bench are more than capable of coming into the starting XI and doing a job for the team. Almiron has contributed zero goals and zero assists since joining Newcastle in January, so his attacking input will not be missed if he is dropped to the bench.

What you can say in his defence, though, is that he works very hard for the team off the ball to close down the opposition. However, that hard work is then undone when he misses great chances and decides to dive instead of attempt to create something for the team.

If he cannot learn to stop diving and improve his end product, there is a possibility he could become a major flop on Tyneside – considering he joined for a club-record fee from Atlanta.

Should Almiron be dropped? 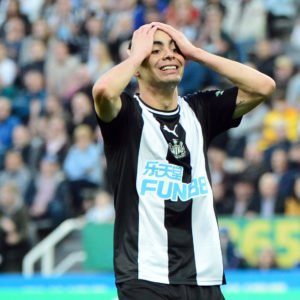 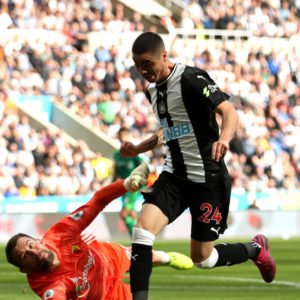