Newcastle came away from St. James’ Park with the three points for the first time this season as they beat Manchester United 1-0 on Sunday.

Matty Longstaff scored the only goal of the game, in the 72nd minute, to seal the win on his league debut for the club.

However, some fans have noticed an incredible moment during the goal. Allan Saint-Maximin ended up in the goal after making a darting run into the box, and stayed there to avoid being offside for Longstaff’s strike.

These Newcastle fans reacted to the incident…

Twitter: Watching the replays of Matty Longstaff’s goal yesterday (?) anyone else notice ASM just lingering in the goal to a… https://t.co/IAiBmQBJWi (@jamie_moore_92)

Twitter: @NUFC360 Very clever play, that. Many players wouldn’t have thought to stay there and would’ve caused the offside situation. (@GR4YS0N07)

Twitter: @NUFC360 Unbelievable how underrated this is. Loads of numptys that would’ve had this played offside (@Bradleysyron)

It was a very intelligent piece of play from Saint-Maximin, who was impressive throughout the game. His ability on the ball to avoid Manchester United’s pressing was key for Newcastle in driving them up the pitch and easing pressure off the rest of the team.

Saint-Maximin has struggled with injury throughout the campaign, so Steve Bruce will now be hoping that he can enjoy a sustained run of games and help the club move up the Premier League table.

Were you impressed with Saint-Maximin? 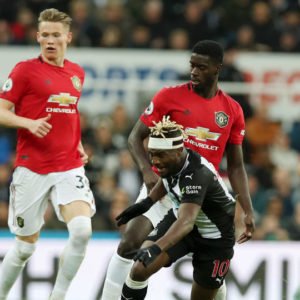 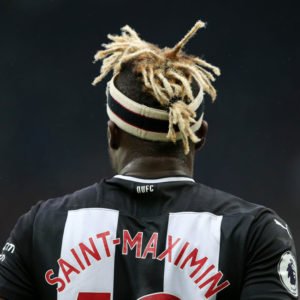