Newcastle secured their first win of the season thanks to a win over Tottenham Hotspur in North London.

Joelinton’s first goal for the Toon handed Newcastle the win, with Steve Bruce finally getting off the mark as manager for his new side. 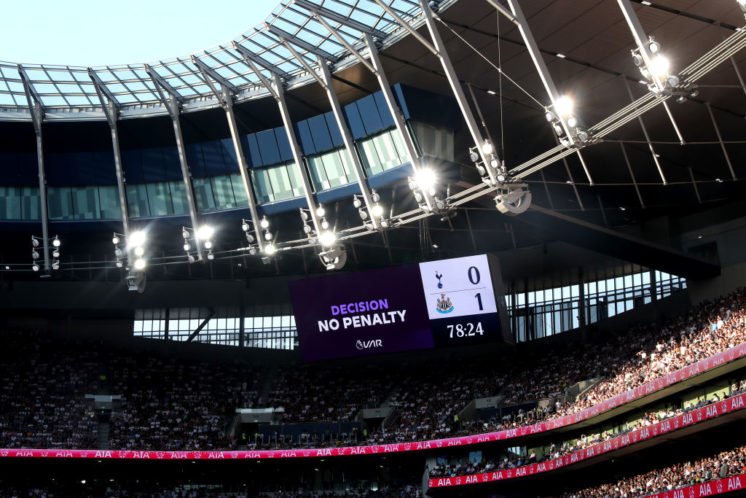 However, a big talking point during the game was yet again VAR, with Spurs being denied a penalty late in the second half.

Jamaal Lascelles appeared to fall over, bringing down Harry Kane in the area.

However, after some deliberation, the penalty was not given, and Newcastle would go on to secure all three points.

Several Spurs fans were outraged at the decision on Twitter.

@COYS_com reckons that Mike Dean is a disgrace for not giving the decision.

Twitter: Mike Dean is a disgrace, what is the point of VAR just to have awful officials not doing their job… #THFC #TOTNEW (@COYS_com)

Twitter: Didn’t expect VAR to go against us so quickly! #THFC #terrible (@Sana859)

On the Newcastle front, many agreed that VAR had gotten the correct decision.

Twitter: The VAR decision is no penalty. Lascelles fell to the ground & looked like he clipped Kane, but referee deemed he f… https://t.co/XpZJoEQ5Ez (@ChrisDHWaugh)

@ToonFan14 thinks that it is great that decisions are not going towards the top six anymore.

Twitter: Fans of top 6 clubs raging at VAR because it comes up with the CORRECT decisions. Not the ones they’re used to. I love it. #nufc (@ToonFan14)

However, it wasn’t a penalty really, especially in the way that Harry Kane goes down.

Mike Dean and the VAR team have made the correct decision, but they still need to make the process quicker and clearer.

Nobody really knew what was going on yet again, and VAR continues to confuse many people.

Should Spurs have had a penalty? 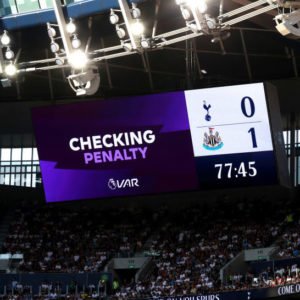 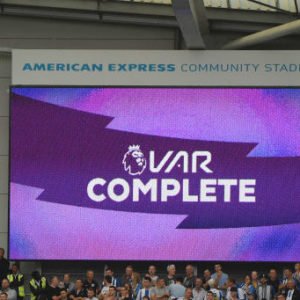