The prospect of Ayoze Perez leaving Newcastle is one that will fill many supporters with dread.

According to a report by Libertad, via Sport Witness, the 25-year-old is the subject of ‘simple interest’ from Atletico Madrid, with a summer move mooted.

Admittedly, no talks are currently underway, but it is concerning that one of Europe’s biggest clubs are monitoring such a key man at Newcastle.

His form seemed to improve as the campaign progressed, with six goals bagged in his last five Premier League matches.

If Newcastle are to make a leap forward next season, they desperately need to keep hold of their best players. Perez certainly fits into that category.

Valencia are believed to have shown a stronger interest than Atletico, and Perez has reportedly told friends that he is ‘delighted with the possibility’ of a move there.

Rafa Benitez must do his best to persuade Perez to stay put, assuming the Newcastle boss does the same this summer.

Will Ayoze Perez be at Newcastle next season? 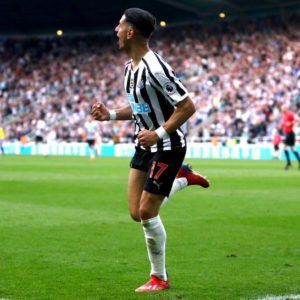 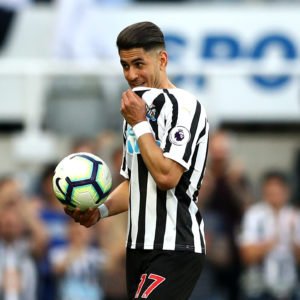