Rafa Benitez’s contract with Newcastle United is set to expire and whilst his desire is to stay with the club, the Spaniard is still negotiating with the Magpies’ ownership and whilst the new contract that he’s been offered remains unsigned, clubs across the world are taking notice.

As reported by Lee Ryder of The Chronicle, Benitez has received approaches approached by Marseille and AS Roma, both of whom are on the hunt for a new manager.

Ryder reports that Benitez has told both clubs that he intends to stay at St James’ Park but he still hasn’t signed a new contract as talks continue with the club.

There are two separate issues still to be resolved before Benitez puts pen to paper. The first issue relates to the terms of the contract that the Spaniard has been offered and talks between Benitez’s lawyer and Newcastle are still ongoing. 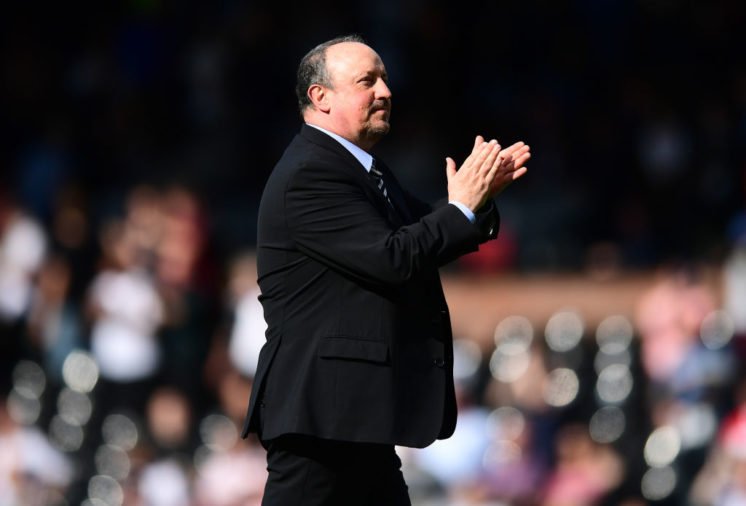 The second issue is the more worrying one as for as the Magpies’ fans are concerned. Benitez has held talks with the club’s owner, Mike Ashley, and has given him his views on what is needed to take Newcastle to the next level and he’s apparently given Ashley a proposal of the resources that he needs.

Benitez has returned to the Wirral and is waiting for contact from Ashley regarding the funds that Benitez will be allowed to invest if he does agree to stay.

Whilst it’s great to hear that Benitez wants to stay at Newcastle, the fact that he’s yet to sign is a worry and the sense of uneasiness about his future is made worse as other clubs, ones who’d likely give him the resources he’s requesting, come knocking.

Benitez will only wait so long without an agreement so Newcastle need to act quickly or face losing their manage to another European side.