Rafa Benitez will be hoping to increase his sides distance from the relegation places as Newcastle take on Wolves at the Molineux.

Newcastle – who sit in 17th – are in good form after beating Manchester City and Cardiff before a last minute defeat to Tottenham in their last match. But wins for the teams around them means that Magpies are only out of the bottom three via goal difference.

A 3-0 defeat for Fulham against in-form Manchester United has helped put anxious minds to bed in Tyneside, but a defeat against Wolves could only reawaken fears of relegation.

But in rare good news for manager Rafa Benitez players Paul Dummett, Mohamed Diame, Ki Sung-Yueng and Karl Darlow have all returned from injury and are up for selection, while Summer signing Yoshinori Muto has returned from the Asian games.

After a 13 goal season in the MLS January signing Miguel Almiron will be aiming to make an impact if he makes his Premier League debut. A £21 million signing the pressure is on for the Geordies record signing.

In other good news for Benitez Wolves midfielder Jota is out following a minor injury while full-back Ruben Vinagre is out of action with a virus.

Despite only scoring six goals whilst on loan in the North-East striker Saloman Rondon has saved his best outings for the new year.

Becoming a constant threat against Tottenham, scoring against Manchester City and becoming a sort of backboard for the likes of Ayoze Perez to bounce off of Rondon could cause the Wolves defence serious issues.

Meanwhile the Newcastle defence will have to keep an eye out on Wolves striker Raúl Jiménez. Scoring 11 and assisting 5 the Mexican has become a menace for opposition defences, a player Jamaal Lascelles will have to keep a very close eye on. 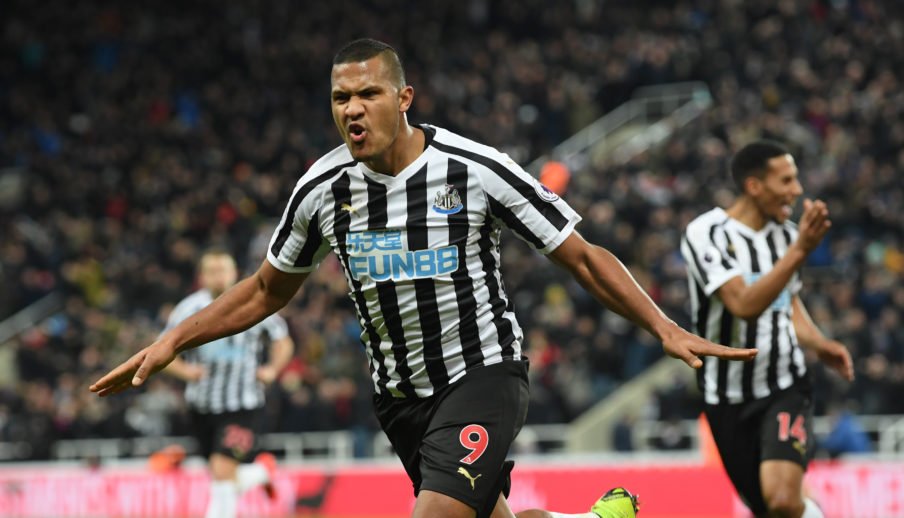 Wolves have made their name for themselves under boss Nuno Espirito Santos as the best side outside the top 6.

Currently flying high in 7th place Wolves have managed to beat the likes of Tottenham, yet managed to lose against both Crystal Palace and Cardiff with the latter sitting below Newcastle at that stage.

In the sides last meeting in December a 94th minute winner by Matt Doherty saw Wolves seal all 3 points.

But their arguably lucky 2-1 win shows that if Newcastle get their game right, if Rafa can motivate his players it could be the Magpies that take all 3 points on this occasion.